Located on land originally owned by the Moxee Land Company, the farmstead consists of four buildings: an 1885 church; a 1902 farmhouse and a c. 1902 barn; and a c. 1910 storage shed. By 1897 the church had been converted into a blacksmith shop. Antoine LaFramboise, a French-Canadian immigrant, began working in the shop that year and later purchased it, eventually constructing the additional buildings on the site. The National Register listed LaFramboise farmstead remains in the family today. 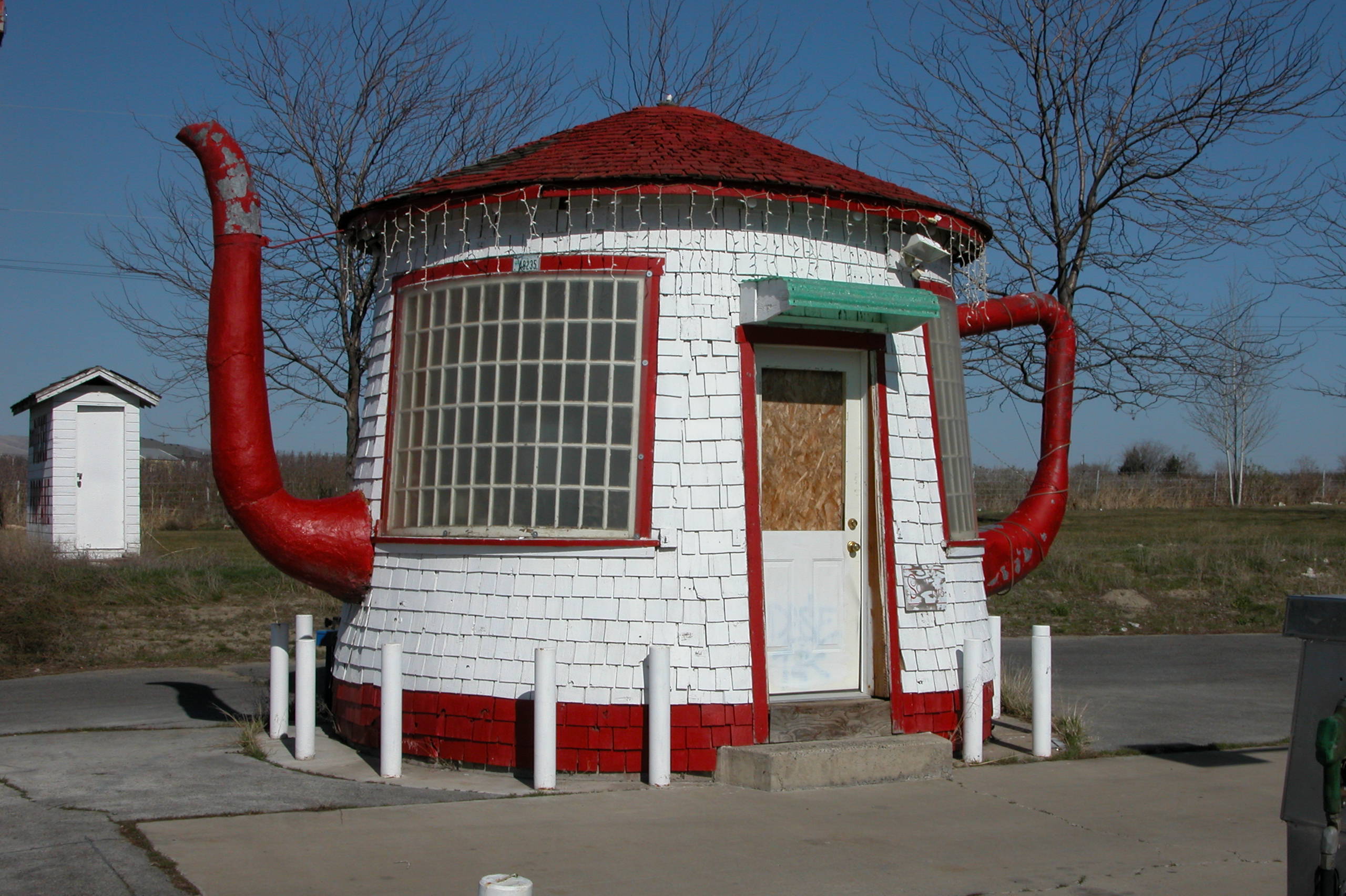 In 1922, illegal oil leases in Wyoming and Elk Hills, California resulted in the indictment of the Secretary of the Interior and left President Warren Harding’s administration tarnished by scandal.  The scandal in turn prompted a Yakima County man, Jack Ainsworth, to handcraft a piece of roadside political commentary that remains standing today along Interstate 82 near Zillah.  Fashioned after a teapot, the shingled kettle features a sheet metal handle and spout and served as a gas station for many decades since opening in 1922 In 1908, the United States Reclamation Service (USRS) constructed the Sunnyside Headquarters Building to serve the Sunnyside Division of the Yakima Irrigation Project. Presently, the building stands as the most intact remaining structure associated with early twentieth century efforts to irrigate the Yakima Valley. The Sunnyside Canal irrigation system was purchased by the USRS in 1906, and the Sunnyside Division became the first division of the nearly 500,000 acre Yakima Project. Currently owned by the Sunnyside Community Hospital, the building faced demolition in order to clear the way for construction of a new student health center. Responding to community concerns over the proposed demolition, the hospital, working with the school district, identified a new site for the health center. The reprieve may only be temporary, as other proposals for the site may soon be considered. The Sunnyside Historical Museum is currently working with the hospital on plans to relocate the Reclamation Building to a nearby site in the downtown area.