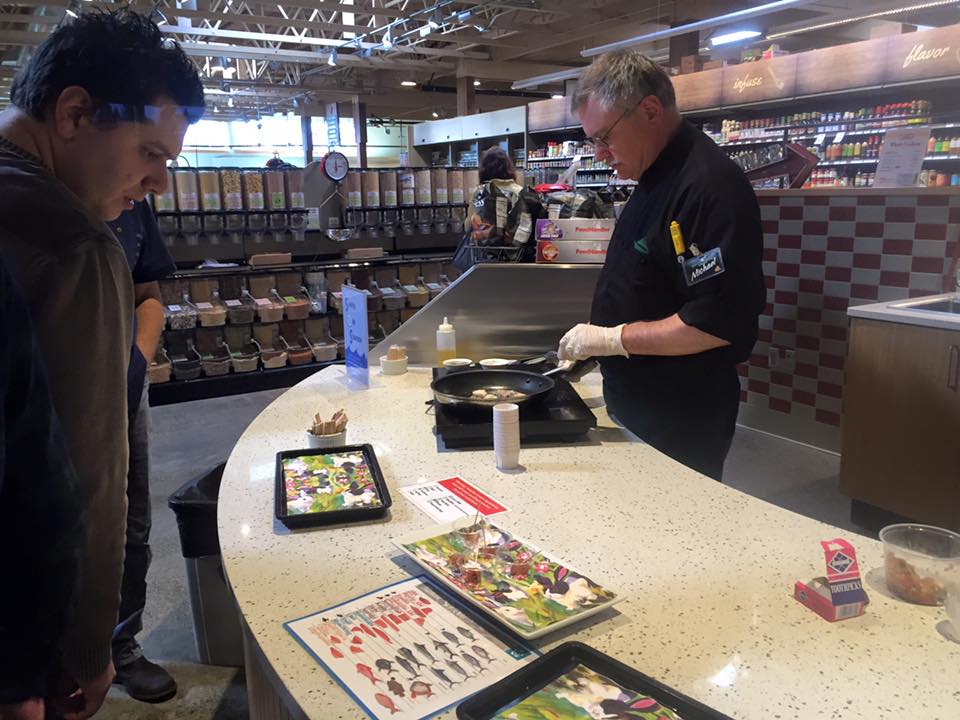 Town & Country Market, which opened its doors on Bainbridge Island in 1957, recently underwent a major, 14-month remodel to transform it into a larger, updated and renewed market with improved layout and flow, increased seating, and many new features.

Owner Larry Nakata, a lifelong Bainbridge Island resident, knew the old structure needed extensive work. A study showed him that it would be far less expensive to construct a new building outside of the central business district, but Nakata recognized that losing the market, a long-time downtown anchor, would deal a heavy blow to the community core.

The $15 million renovation includes an enhanced entrance, improved parking, reconfigured floor plan, an expansive Culinary Resource kiosk for demonstrations and samples, touchstone kiosks with access to recipes and videos, and new equipment. Much of the work centered on modernization and sustainability – energy efficient lighting, healing and cooling systems, and solar panels, among other improvements. After the project was completed in 2015, Town & Country Market was awarded LEED® Gold from the US Green Building Council for the achievements in the building and operation of this downtown fixture.

Town & Country Market has long been a destination on Winslow Way in downtown Bainbridge Island, helping to make the community a more livable, healthy place. Larry and his crew have taken their commitment to the community a huge step further by choosing to re-invest their downtown building and adapt the business to new trends and customer demands.